How to Develop More Passionate Fans for Your Brand: A Case Study of the 12s 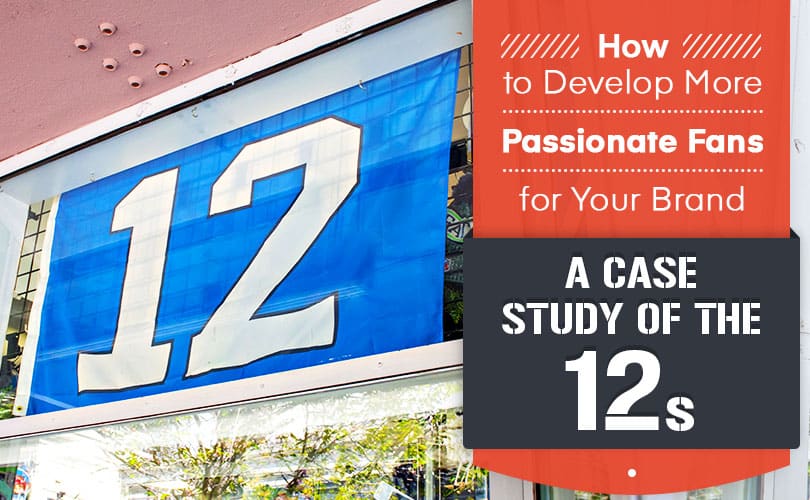 What brand doesn’t want to develop more fans? Real fans. Fans who are more than just casual observers of your business or organization. We’re talking about people who know who you are and what you do, yes, but who also know what you’re about – and what you’re about happens to really resonate with them.

How do you develop real fans like that? Is it just a matter of having the right branding, and possessing the right marketing strategy?

Yes and no. Branding and marketing certainly play a crucial role in helping your brand to get seen and heard in the first place – especially in this digital age where the internet is filled with the noise of millions of voices, all clamoring to get your attention!

(PRO TIP: If you’re ready to help your business or organization get noticed online, get found by Google, and actually get seen by your target audience – the pros at Cibirix can help you achieve all three goals!)

But branding and marketing, while incredibly important to the success of your business or organization, can only get you so far. Developing a real fan base takes more than just clever marketing. It also requires that you put in the work to create a consistently positive experience for your fans, and that you build an intentional culture around the fans you seek to attract – and keep.

Let’s learn more by looking at an example of some truly exceptional fans. If you’re a follower of the NFL, you know that fans of the Seattle Seahawks are one of the loudest, most passionate, most loyal fan bases in all of football – if not all of sports. What makes Seattle fans so special? A lot of it has to do with the fact that the Seahawks organization has worked hard to create a very fan-centric culture. The Seahawks leadership does more than just pay “we appreciate you” lip service to their fans. In this exceptional fan culture, fans aren’t just “appreciated”; they’re truly valued, elevated, and made to even feel as if they are part of the team.

How? Many have written on what makes Seattle such a special fan environment. You can Google that if you like, but what it really boils down to is how central the fans are to the Seahawks culture. Here are 7 key elements to this amazing culture that Seattle has built around its fans:

Seattle went to great lengths to build a stadium around an open-air field, which was also designed to trap and amplify sound. Why? Because they wanted their fans’ voices to matter! When the fans are rocking and rolling, it’s so loud in that stadium that opposing teams can’t even hear themselves think. In fact, CenturyLink Field has twice set the Guinness World Record for loudest crowd noise at a sporting event. Talk about a home field advantage!

The term “12th Man” has been used by many American football teams over the years. There are typically 11 men on the field per team, and the 12th man is meant to represent the participation of the home crowd. The Seahawks chose to elevate their 12s to another level entirely. In 1984 they actually retired the number 12 jersey in honor of their fans, and they’ve done plenty of other things to continue honoring their fans over time.

The Seahawks installed a giant flagpole over their south end zone in 2003, and they started a tradition of raising a giant flag with the number 12 on it to honor their fans. They’ve been doing this as part of every pregame ceremony ever since, each time inviting a notable retired player, season ticket holder, or other celebrity fan to come and Raise the Flag. Gets the crowd fired up every time!

Give Your Fans Their Own Brand

Members of Seattle’s 12th Man fan base (affectionately known as The Twelves) now have their own brand to sport. 12s are seen on everything from flags to jerseys to t-shirts and more – not just around Seattle, but literally around the world. Any team or brand can have fans, but how many fan groups can say they have a clearly-defined identity that’s all their own?

Give the Fans Something to Root For

Seattle didn’t start off as an elite football team, but they continued working until they finally developed a team which was capable of contending for championships year-in and year-out, starting with their first-ever Super Bowl victory in 2014. If you don’t give your fans something tangible to root for, they’re much less likely to stick around. 🤷🏼‍♂️

Seattle has created a culture where fans see themselves as a real extension of the team. As such, they’ll go to bat for Seattle players, coaches, and their fellow 12s on social media – or anywhere else, for that matter!

Encourage Others to Get on the Bandwagon

Some teams like to disparage “bandwagon fans,” but Seattle has chosen to embrace them. They invite anyone and everyone to join their bandwagon, and the joy and enthusiasm of the 12s is clearly contagious!

In case you haven’t figured it out by now, the exact same principles apply when it comes to creating a powerful fan base for your own brand. Here are some questions you can ask yourself to help create some real takeaway for your own business or organization:

What are you doing to both create and communicate the real advantages of coming to do business with you, partner with you, or becoming your fan? And how do the voices of your fans actually matter, in terms of how you do business?

How do you set your “fans” apart by creating a culture which truly values and elevates them?

How are you pulling your fans off the sidelines to get them into the game, where your brand is concerned? How are you showing your fans that they are integral to the success of your team?

Give Your Fans Their Own Brand

You may or may not benefit by creating a distinct logo or some bling for your fans, but nevertheless it is important that you show your fans that you value their distinct identity and contributions. How are you giving your fans their own brand to value and champion?

Give the Fans Something to Root For

You really can’t skimp on quality, either. If you’re a business that provides a product or service, it’s non-negotiable that you produce something of excellence. If your products or services aren’t worth rallying around, then you won’t end up with much of a fan base to shout about, either. 🤷🏼‍♂️

Encourage Others to Get on the Bandwagon

Never stop reaching out. Never stop inviting others to get on your brand’s bandwagon. And that’s where the importance of continued branding and marketing efforts comes full circle. Keep working to create the right experience for your customers and fans, keep encouraging them to talk about it among their circle of influence, and keep being intentional and strategic with your branding and marketing efforts. That’s exactly what the most successful brands in the world do, day in and day out.

We hope you’ve found this blog to be both inspirational and practical in terms of helping you to think about how to grow your own fan base! And speaking of helping your business or organization to grow, there are many ways that the team at Cibirix can come alongside to help you achieve your goals through digital marketing, branding, and web development. Ready to get the conversation started? Just reach out to us by filling out this simple form! 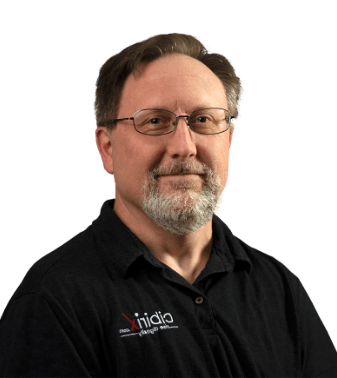 Scott Kyles serves as Senior Content Specialist & Trainer for the Cibirix digital marketing team. Scott brings over 25 years of experience in teaching, training, coaching, and leadership in the business, academic, and nonprofit sectors. Scott has earned CCXP and APTD certifications, and holds both Bachelor’s and Master’s degrees from Wake Forest University. In his role at Cibirix, Scott partners with businesses to help them clarify their message in order to better connect with both current and future customers & clients. Scott’s areas of passion include branding, marketing, customer experience, employee engagement, and organizational culture. He’s also a fan of hot sauces, an admitted weather nerd, and is better-than-average at ping pong. 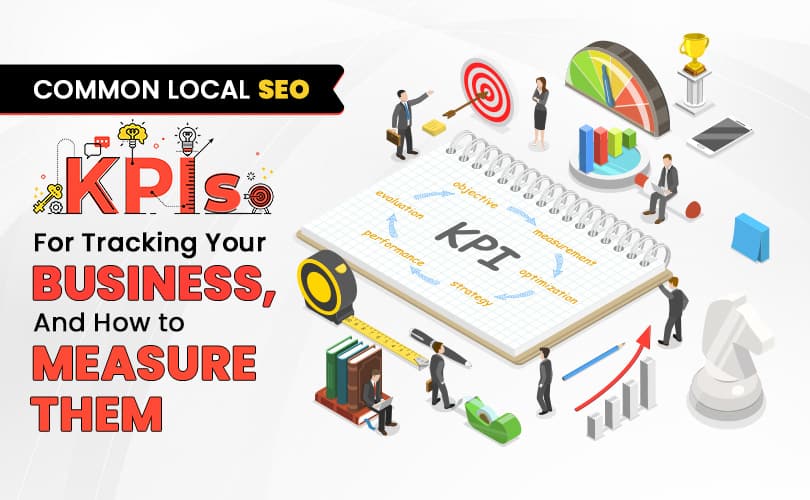 Author: Amrita Khandelwal
Common Local SEO KPIs for Tracking Your Business, and How to Measure Them 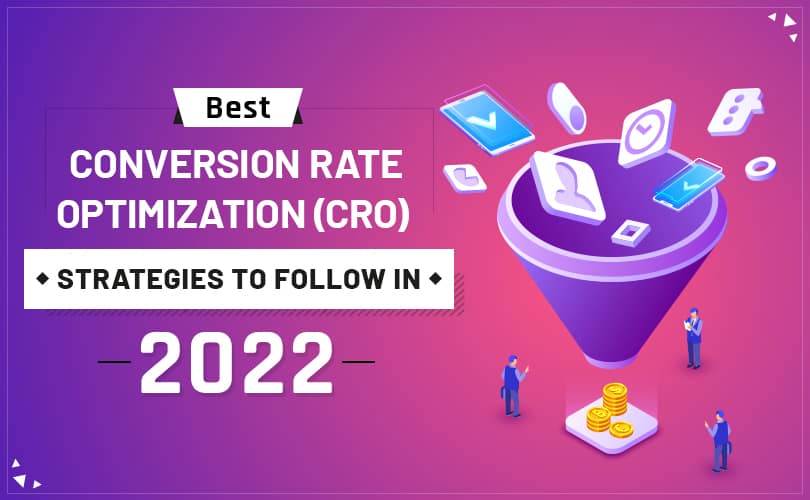